Blues lovers and music memorabilia collectors are in for a rare treat tonight at the VBBT kick-off party. “Lucille,” one of the famous Gibson guitars owned by legendary blues artist, the late B.B. King, will be up for auction. The guitar was donated to help raise funds for the Josiah Woodington “Captain Woody” Memorial Scholarship Fund. This non-profit entity was created by the tournament and the Woodington Family to provide financial aid for young adults trying to enter schools or apprenticeship programs in the marine industry. VBBT Board Member Charles Barker will serve as the honorary auctioneer for this unique piece of musical history.

“This is the real deal,” Barker explains. “A genuine, original B.B. King ‘Lucille’ —a Gibson electric guitar, made for and used by B.B. himself, in the original case—carried by B.B. King. The guitar is both hand-signed by the legend, has a brass B.B. King nameplate and ‘Lucille’ on the headstock and is the only guitar we’ve ever had that has been played by the signing artist. It was originally auctioned in 1998 and then again around 2014.”

Riley B. King was born in 1925 on a Mississippi cotton plantation. Like many of his contemporaries in the Deep South, he was first drawn to music through his church and eventually learned how to play the guitar. His career formed its roots in small juke joints and on the radio. As his reputation as a guitar virtuoso grew, he earned the nickname “Blues Boy” or B. B. for short. Later in his career, as his status as one of the top blues guitarists of all time was noted in numerous polls by Time, Rolling Stone and other publications, he also earned the moniker, King of the Blues.

B.B. King was inducted into the Blues Hall of Fame in 1980 and the Rock & Roll Hall of Fame in 1987. He won 15 Grammy awards over his lengthy career and received several more nominations. In 2006, King was awarded the Presidential Medal of Freedom by President George W. Bush at a ceremony at the Kennedy Center. King passed away on May 14, 2015, at the age of 89.

He leaves behind a catalog of dozens of albums featuring the blues, a popular American style of music based on the difficult lifestyle of those who grew up in the rural Mississippi Delta. Among King’s most well-known songs are The Thrill is Gone, Everyday I Have the Blues, Let the Good Times Roll and When Love Comes to Town.

According to an interview King did with National Public Radio a few years before his death, the story of Lucille is a unique one. King was playing in a ramshackle juke in Twist, Arkansas. The wooden building was heated by an open barrel in the middle of room, filled with lighted kerosene. When two patrons got into a fight, the barrel was knocked over and the flaming contents quickly engulfed the building. King escaped, only to run back inside to retrieve his guitar.

The next day, he met the two quarrelers and learned they had been fighting over a woman named Lucille. King said he nicknamed his guitar—and all subsequent ones—“Lucille” to remind him never to do something so foolish again.

Bidders will have their own chance to rescue “Lucille” and add this priceless piece of history to their collection. The auction will begin around 8:30 p.m. tonight on the stage at the VBBT tournament tent.

Participants and guests can also stop by the “Captain Woody” Memorial Scholarship Fund booth inside to learn more about the program throughout the week. 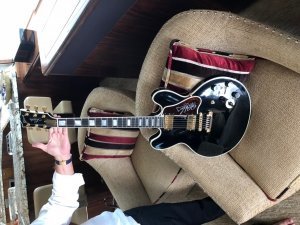 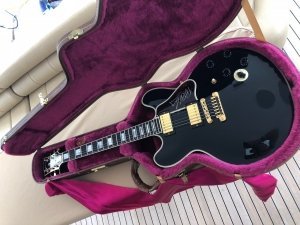 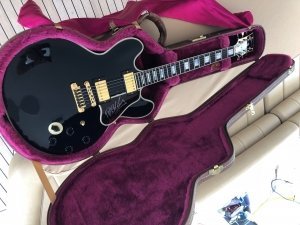 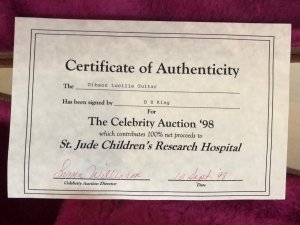 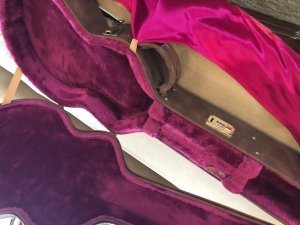 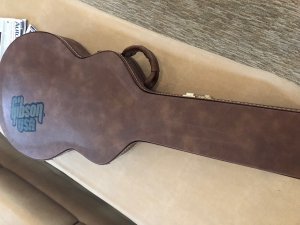 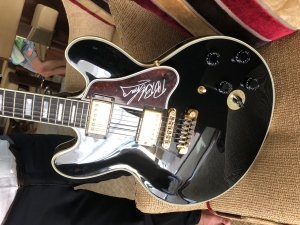 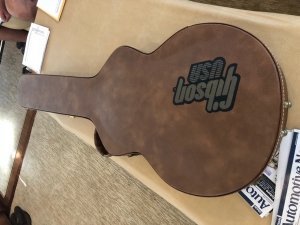 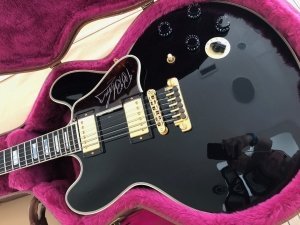 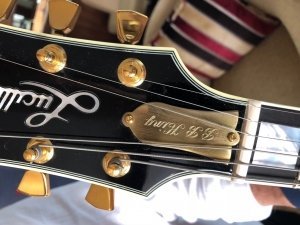