For the Record Books

The 15th annual Virginia Beach Billfish Tournament wrapped up Saturday night and closed the chapter on a historic event. A record 80 boats competed this year for a new benchmark $620,000 in prize money. For the first time, two blue marlin were weighed and one of them made a huge difference for the Manteo, North Carolina team, Waste Knot. Angler Ed Groce boated a 683-pound blue and combined with five white marlin releases, gave the team the top score (1,033 points) and the top payout, $282,000.

“This is really special because it doesn’t happen every day,” Sawyer said afterwards. “And it may not happen again. We had special people on board and it is a blessing. I realize that.”

Fin Planner, a 58 Buddy Harris with Capt. Chris Gornell on the flying bridge, was named Second Place Boat, second-place winners of the Billfish and High Roller jackpots and the Billfish Daily jackpot for Day 2 for releasing 12 billfish, good for 840 points. That earned the Oregon Inlet team a payout of $114,000.

Checks for $20,000 each were awarded to John Stukel, Capt. Will Atkinson and the team aboard Top Hooker, a 61 Blackwell, for boating the top tuna, a 48-pounder. William “Mickey” Carter whipped the largest dolphin at 13.5 pounds. He was fishing on Desperado (NC), a 56 Taylor Made (Capt. Rob Barker).

Stacy Allen, competing on Wall Hanger with Capt. Gray Blount, a 59 Paul Spencer, was named the Top Lady Angler after releasing four billfish. Liam Wilcox was the Top Junior Angler, also with four billfish to his credit, on Croupier, a 76 Knight & Carver run by Capt. Will Austin. Croupier also won the $30,000 Charity Mystery Fish prize, along with Sea I Sea (72 Viking/Capt. Rob Mahoney). Lucas Jolly, the mate on Point Runner, was given the Joel Webb Memorial Trophy as the top mate.

Besides promoting the area and its sport-fishing opportunities, the Virginia Beach Billfish Tournament’s major focus is to raise money for local charities. Before the fishing awards were presented, large donations were made to the Boys & Girls Clubs, StopAbuse and Achievable Dream. Other beneficiaries include The Billfish Foundation and local non-profit groups.

“What a fantastic week,” Tournament Director Paula Owen said. “New records for boats and payouts, plus the weather cooperated except for Thursday’s cold front. And that set the stage for some exciting fishing Friday and Saturday. I’d like to congratulate Waste Knot and thank all the teams for joining us again this year, our many wonderful sponsors and my staff and volunteers. We look forward to seeing everyone for the 16th annual VBBT next August.” 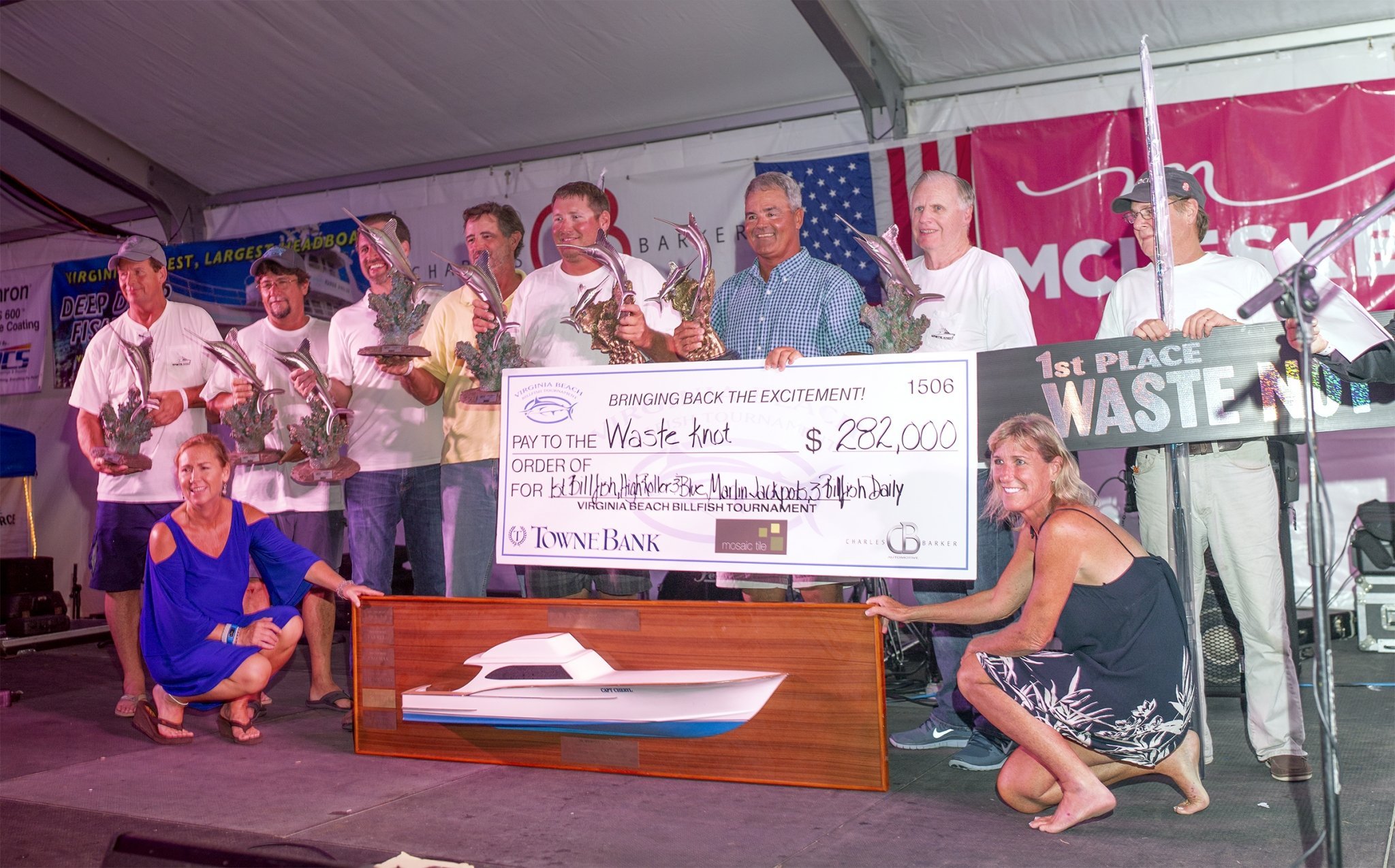 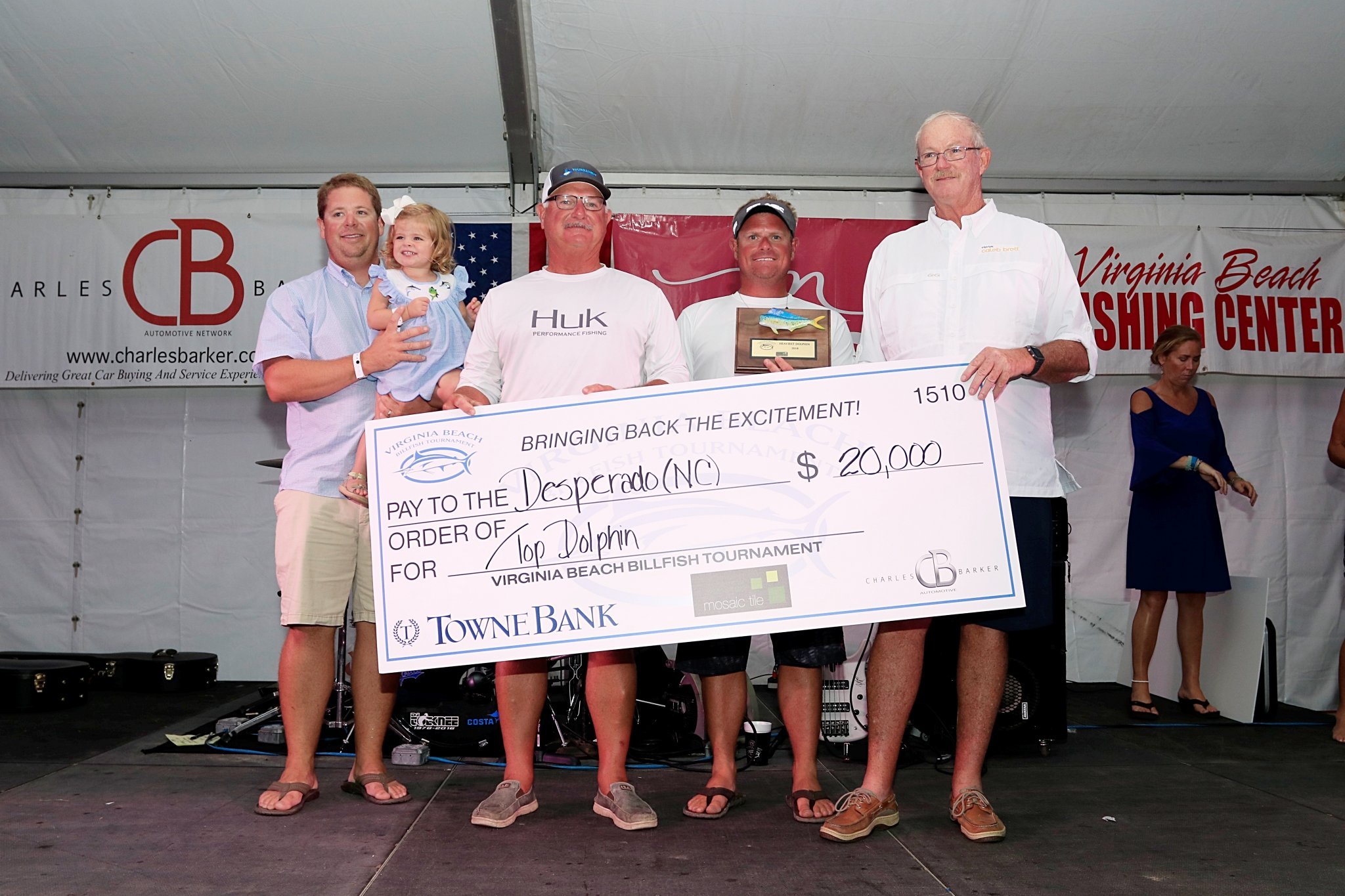 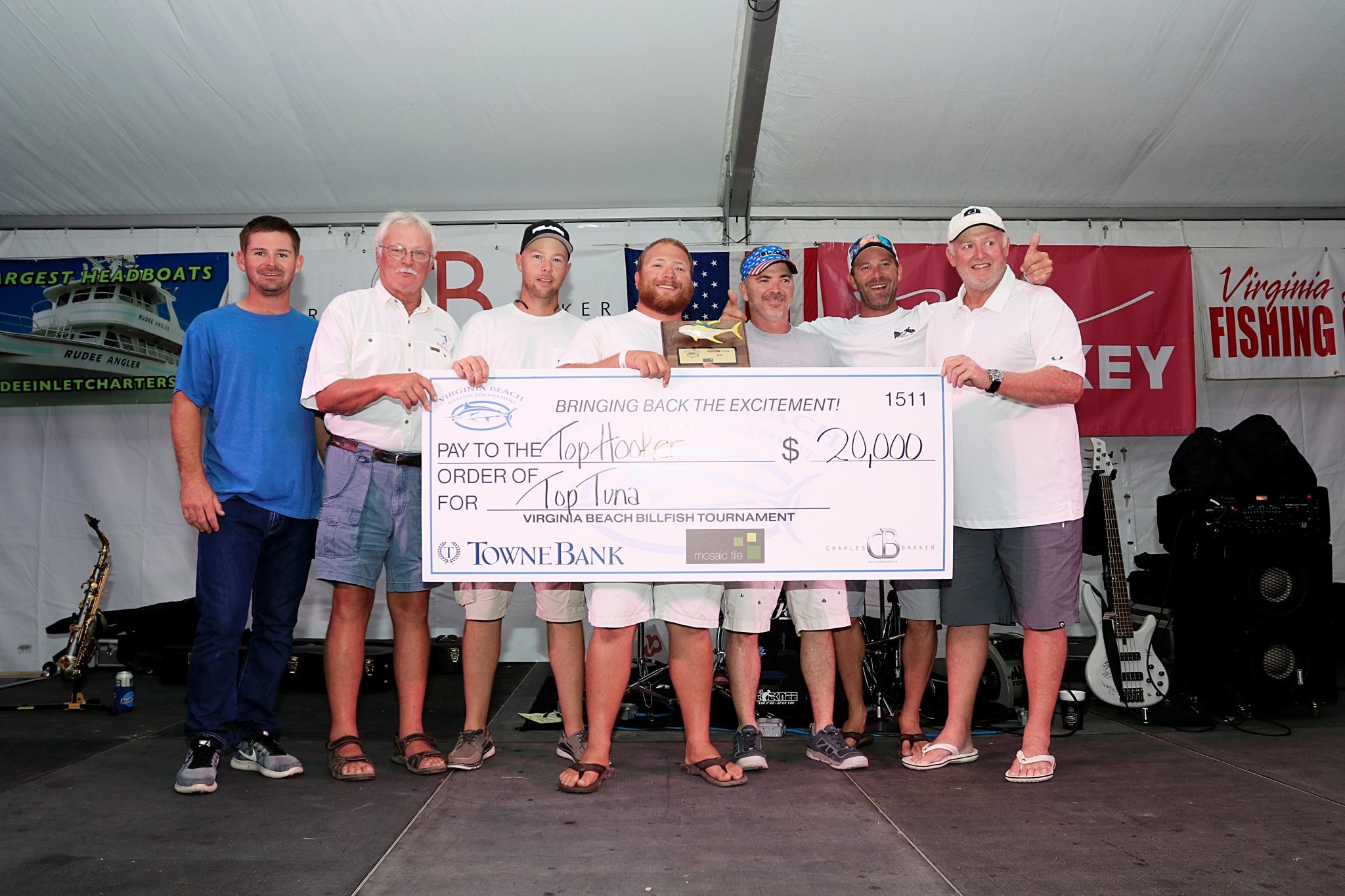 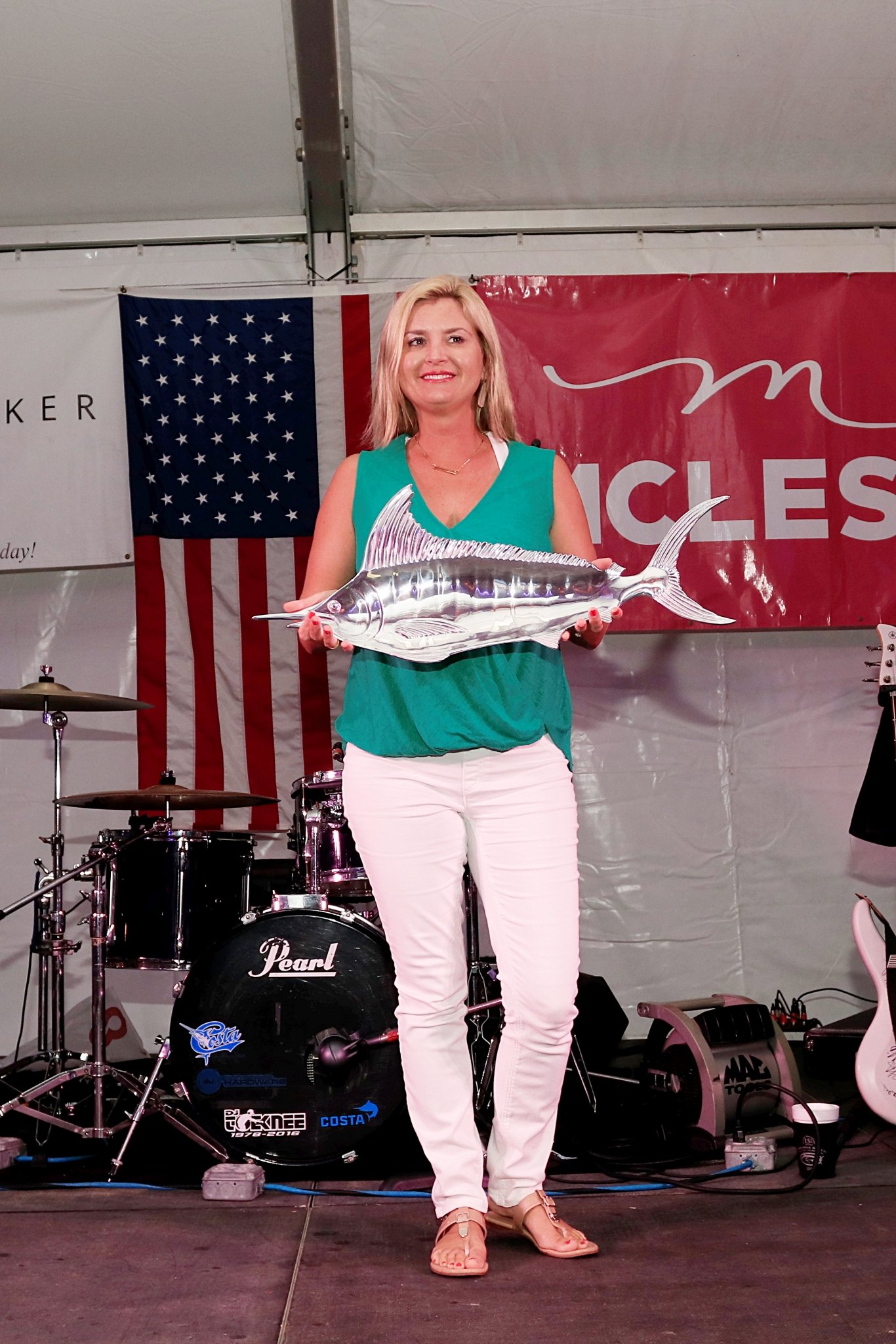 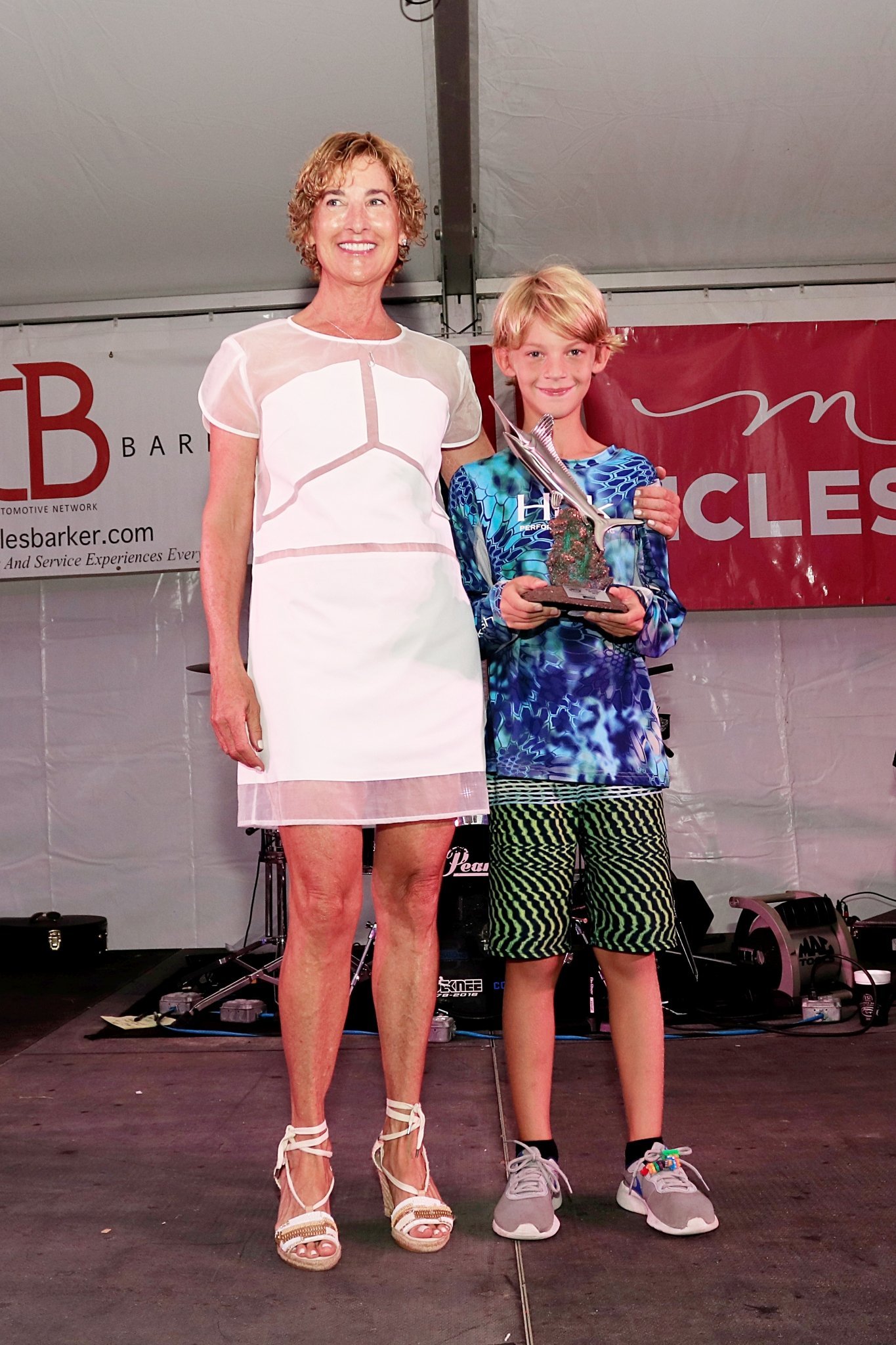 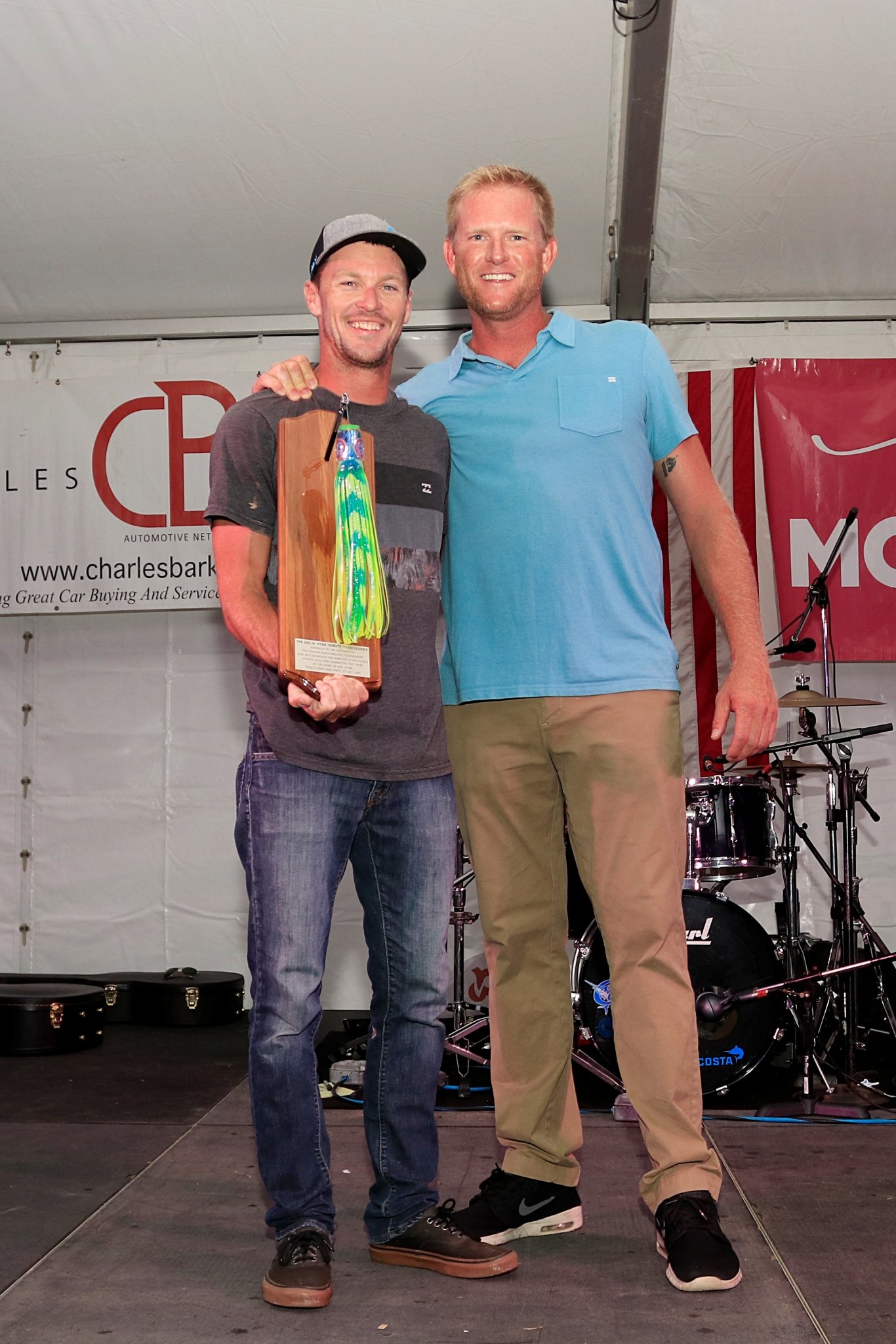