The docks are bustling this morning as 80 crews are busy making final preparations for the 15th annual Virginia Beach Billfish Tournament. Rigging tables are a slimy jumble of ballyhoo, mullet, Spanish mackerel, chin weights, copper wire, brining salt and tools as mates rig enough baits and dredges to last the first day of competition. Reels are being re-spooled, drags are double-checked and release clips are readied. Engine rooms aboard all these gleaming custom sport-fishers are busy too. Fuel filters, turbochargers and oil levels are checked one last time in preparation for an early morning sprint to the Gulf Stream. By Thursday evening, after the game fish are weighed and scorecards are tallied, the process starts all over again.

Preparations for this popular big-game contest aren’t limited to the docks, however. Long before the first lines ever dip into the water, countless details have to be resolved. Rules are finalized and a plethora of logistical aspects have to be readied. None of which could be accomplished without long hours, immeasurable phone calls, texts and emails and gallons of sweat equity by the staff and small army of volunteers.

“We have upwards of 50 volunteers, most of them local,” says VBBT Volunteer Coordinator Ed Szilagyi. “We recruit by word of mouth, mostly. But we also kidnap and hold ‘em hostage with the promise of food and booze,” he adds with a laugh.

“I’ve never counted all the banners, but it’s a bunch,” he says. “They go all around the perimeter of the tent and we also have two wires suspended from the ceiling with more. They all have to be put up and then taken down when it’s all over.”

While the banner brigade was in action, other volunteers were scurrying with boxes of merchandise, counting and folding crew T-shirts, stuffing Yeti buckets with swag and a myriad of other necessary tasks.

VBBT Marketing Director Deirdre Bell solicits sponsors, charity donations and produces the tournament magazine long before the competition begins. As the kick-off approaches, she deals with a seemingly endless list of logistical details. All must be addressed to host a successful invitational event like this one, which has a lengthy waiting list of potential entrants every year.

Once the tournament starts, volunteers will work registration tables to check in teams and distribute all those items. Others will be selling merchandise, charity raffle tickets and manning silent auction tables. Still more will be helping at the weigh station with scoring or doing data entry for the live leaderboard and Facebook updates. Another volunteer rides a different tournament boat each day to relay catch reports via satellite radio.

“Contractors erect the tent earlier in the summer and then we have more technicians come in to set up the sound system, lighting, generators and all the fundamental stuff early tournament week,” says VBBT Director Paula Owen. “Then we handle the rest.”

“We serve an average of 750 meals per night to all the participants,” she adds. “There are more than a dozen bartenders serving drinks each night and we’ll go through pallets of water, soft drinks, beer and liquor. We buy ice by the truckload. We have more volunteers running errands, printing out handouts and flyers, picking up supplies. Volunteers from the Boys & Girls Clubs, one of our charities, collect trash and make sure the Porta-lets are supplied. It’s all a major undertaking, but with the volunteer help we manage to pull it off each year.”

So as you’re reading about the latest release tally or a hefty tuna, enjoying the friendly atmosphere and admiring the well-appointed tournament tent, remember that a whole lot of things went on behind the scenes to make this all happen. 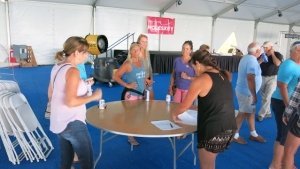 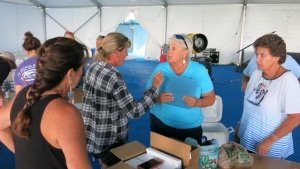 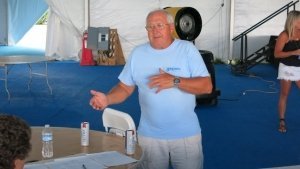 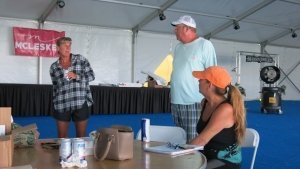 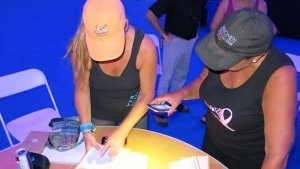 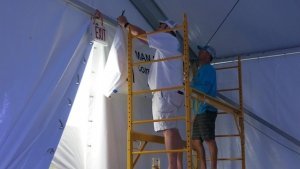 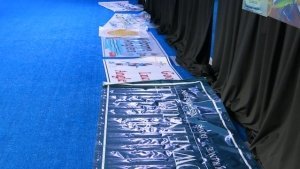 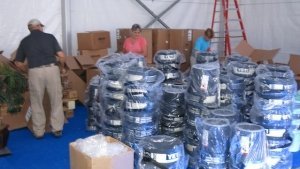 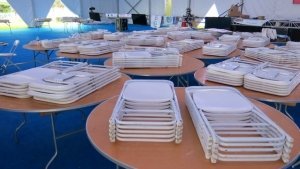 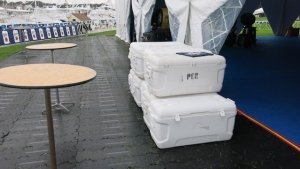 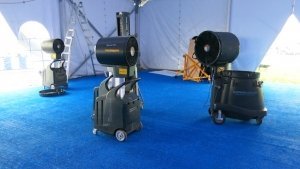 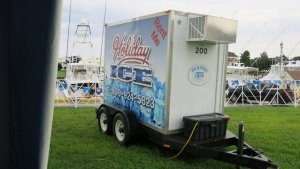 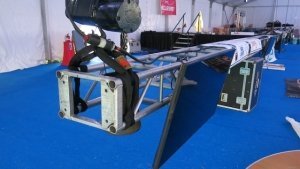 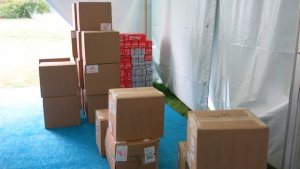 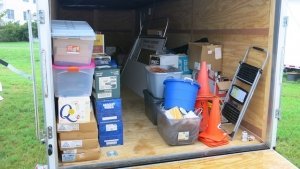 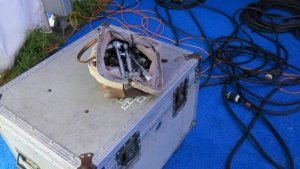 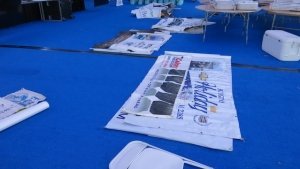 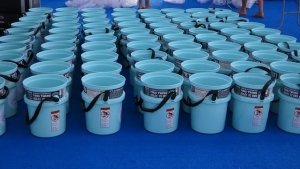 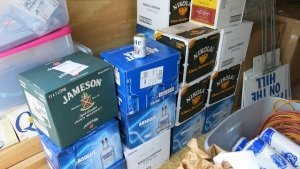 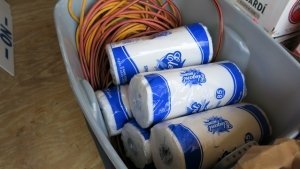 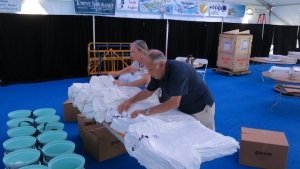